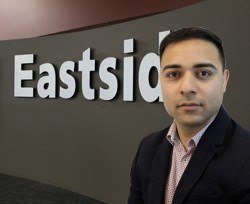 Hitesh has been in the automotive business and worked at Eastside Dodge since 2017. He was born and raised in New Delhi, India and only moved to Canada 7 years ago. Hitesh has travelled across all of western Europe, the Middle East and the United States. Out of all the places he has been, he as discovered his two biggest passions are people and cars. He loves when these two come together as his profession. Whenever Hitesh gets the chance, he is exploring a new destination, watching his favourite soccer team (Manchester City) and driving through the mountains. Hitesh can also speak Hindi, Punjabi, Sindhi and Marathi.